Okay, so I spent all day in the garden, but forgot to take some key photos.  Here’s a mini-update, though.

First, I cleared away a whole heap of lemon balm. 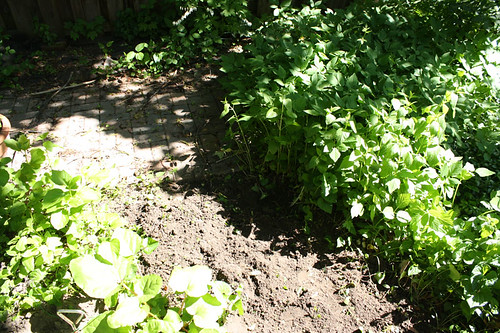 It's not really a path. It's a new patch for experimentation. Photos of what it looks like tomorrow.

Seriously, this was all lemon balm with a couple of violets thrown in for good measure.  Look how tall!  And dense!  And this is just what’s left (in this corner – the stuff is all over the place): 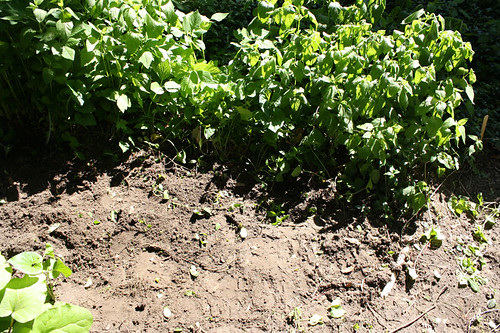 Okay, so maybe the height isn't *that* clear. But it's a bit taller than knee-height on 5'10ish me.

Some of this lemon balm got composted, which, yes, is a shame.  I am keeping some to dry.  The rest is being given away in cheap pots that are not sitting on my front lawn: 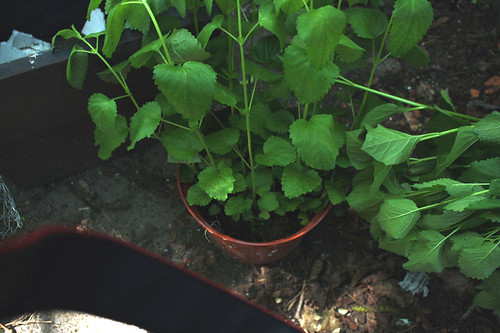 Three pots about this full for giveaway.

In non-balm news, all my tomatoes are now outside.  They are still small, though.  It’s been a cool spring.  No sign of fruits.  The first two from the left on the top row (including the one that toppled over – I’ve tied it back up now) have been outside for about a month.  The others are not in great shape having not been watered properly while I was in Iceland, but I think most of them will make it. 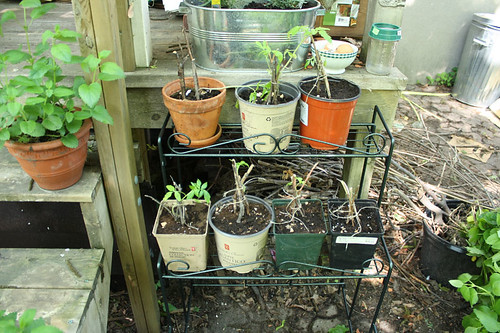 Tomatoes! There is a mixture of coffee grounds, bone meal, and egg shell scattered around them.