Gah, between throwing my back out and my internet at home being down for long stretches of the week, I have totally been neglecting my tiny audience.  I did have ten new spam comments this week.  No, I don’t need Moldovan Propecia, thanks.

Anyway, last week, I mentioned that I had cleared a space for a new bed.  But how to keep squirrels out?  Especially as I had no staples for my gun? 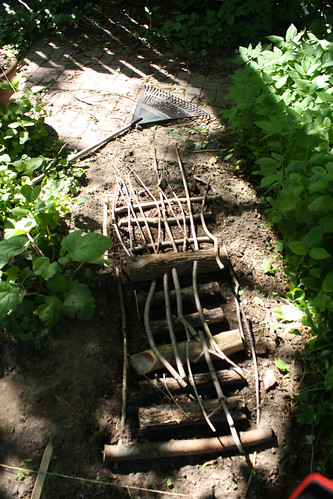 Ooo, Blair Witchy! What does it all mean? It means the fuckers can't dig everything up. Booyah!

Did a similar thing in the newest raised bed/box as well. 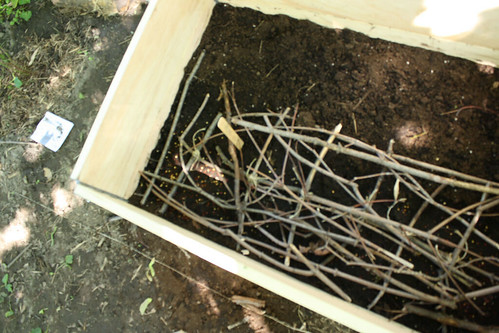 Okay, so half of it wasn't baffled. As a result, when I checked in today, there were holes where I had planted zucchini seeds.

Hey, look at the far end here!  This photo is from last week, but the beans were doing well! 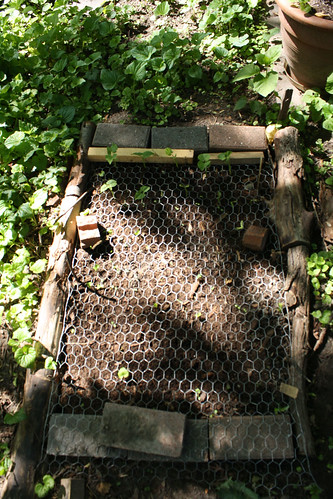 The musical fruit isn't doing too badly in the face of juglone. The ones in the box are doing even better. Hooray!

This week’s even more awesome! 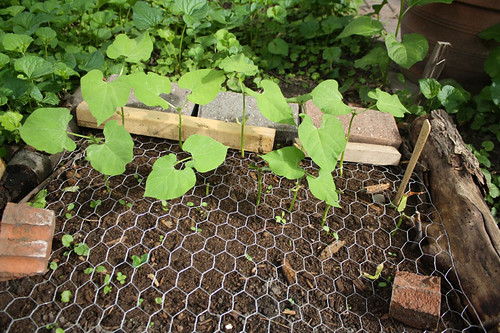 Huzzah! Now I have taken up the chicken wire up and put bricks and sticks around in hopes that the squirrels don't eat them/dig them up.

Yup, the squirrels are still the biggest blight in the garden. 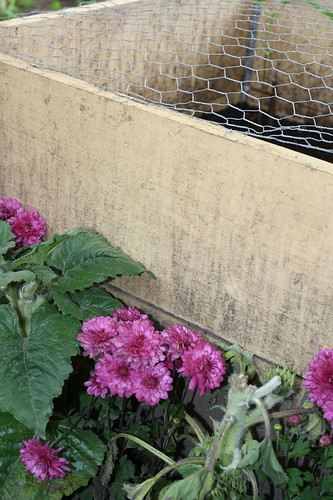 I bought these mums and sunflowers last weekend. By Tuesday, the latter were headless. 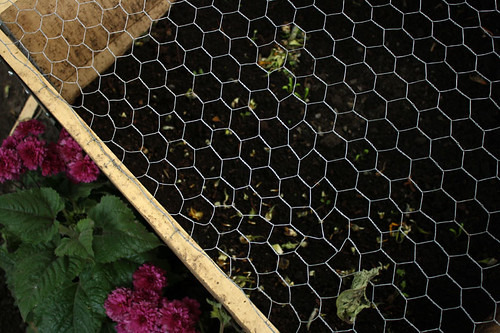 What to do now?  I had scattered blood and bonemeal around them and everything!  I want sunflowers!

Now that I have staples, I finished a giant cage for over the first bed.  Half of it didn’t grow at all, though carrots and radishes are coming up.  Now, I’ve put in spanish onions (which were on sale today) and some spring onions. 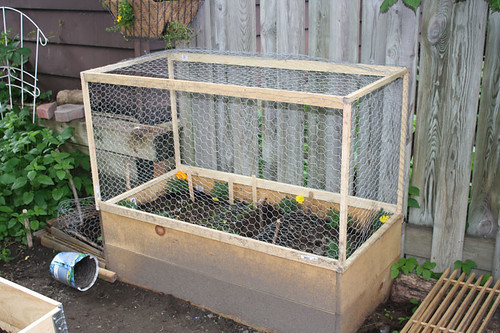 This is the most lopsided cage ever. The fence is in the way, I got tangled in staples and chicken wire, and have no knack for building. Ah well, it'll do the job.

Also, last night, I heard a giant crash and some crazy yowling.  I jumped out of the bath and ran downstairs in case Hamish had a) knocked over a bookcase and pinned himself under it or b) had escaped outside and started a fight.  It was neither.  The motion detector light was out already, so I figured that there was a cat fight somewhere nearby.  Hamish was looking out the window, but didn’t seem agitated. This morning, I found this: 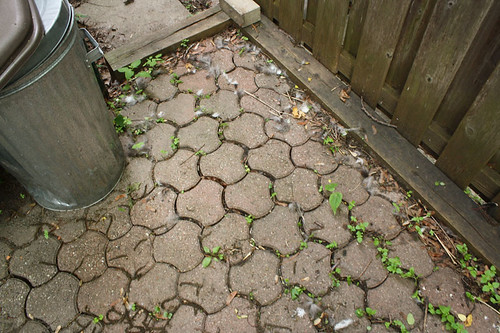 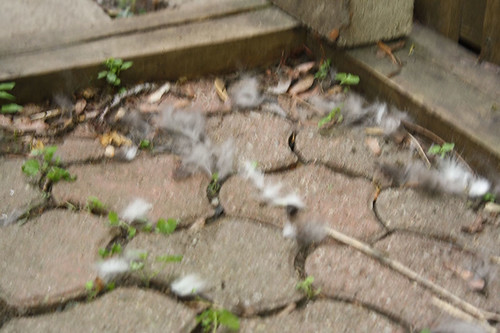 I’m serious when I say that I am surprised I didn’t find blood splatters or something worse out there.  There was half a cat’s worth a fur out there.  Yikes.

One thought on “Baffles.”