I really wish that I hadn’t been so damned grumpy and tired yesterday, because trying to explore Berlin for, like, a day? Not easily done. Even on fucking kickass bike like the one I rented today (seriously, yo, it was such a Berlin-y bike – generator lights, big cushy seat, basket – this is what people ride here (mostly)). 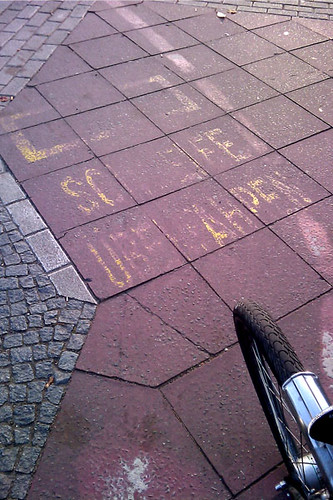 Today was especially complicated by very thick fog (it was also quite cold) which did not really burn off at all. It made it very difficult to take epic shots of buildings, statues, etc. Even the Fernsehturm was invisible all day and, as it is a good landmark for me since my hotel isn’t too far away, I got lost. I actually did a complete, 10 minute, loop from Checkpoint Charlie to, well, Checkpoint Charlie. (I did not pay to enter the museum, though. €12.50? Good god. Of course, I did go to the gift shop and spend more than that, so they suckered me anyway.)

Before that, though, I did hit the Bauhaus-Archiv, which was fantastic, and where I had my first full(-ish) conversation/disagreement in German with the dude selling me my coffee. Who couldn’t figure out that five 20-cent coins + one 50-cent one = €1.50.  I’m not ALWAYS confused by currency, dammit! (Even though I have four different kinds in my purse right now. Aiyeeeee.) 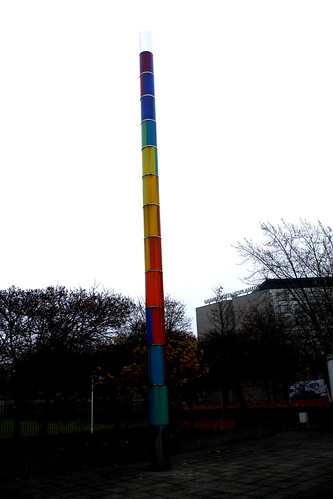 This alerts you to the Bauhaus-Archive, which is not that obvious from the road. The audioguide said Kandinsky hated green, so I guess this post had nothing to do with his ideals.

For the Berliners with whom I spoke (almost) nothing but English? I apologise. Three years of German in high school means that I can remember lyrics like “‘Kann ich mit Herrn Vogel sprechen?’ ‘Es tut mir leid, er ist nicht hier.'” (or, if it’s a later verse “Seiner leitung ist besetzt”) — and even then my grammar ist der Sketch — but I can’t remember how to say things like ‘bill’ and ‘left’ and ‘how much?’ (Luckily, I do remember things like ‘Ich verstehe nicht’, which came in handy yesterday when some Biblely folk try to hand me literature in Potsdam yesterday.)

Berliners, by and large, speak English better than I do. That doesn’t mean that the English here always make sense. Here is some weird English (mixed in with some other Berliner oddities/awesomeries) for your perusal: 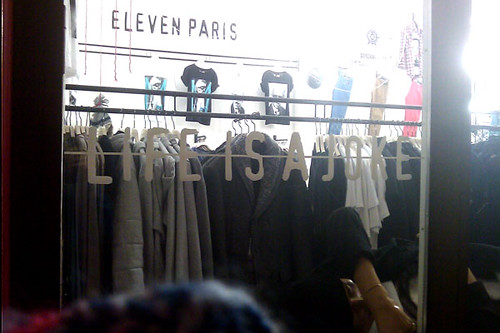 Possibly has a sister shop in Kreuzberg called "FML". 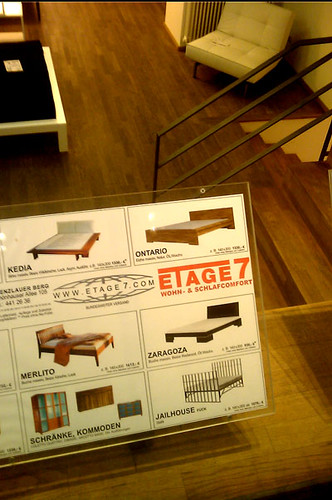 The Ontario. There was also a Madrid and a Hokkaido listed. I think the Jailhouse is cool too. 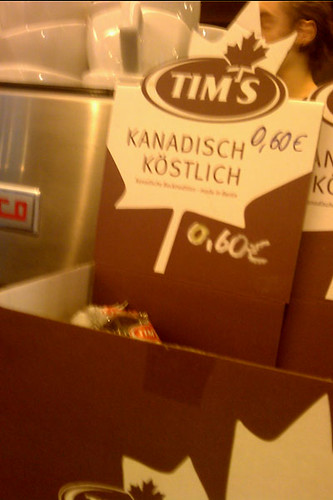 This means "Canadian delicious" or similar. I didn't buy one (the queue had become wicked long by the time I had finished my coffee and saw these), but they were brown lumps of...something. 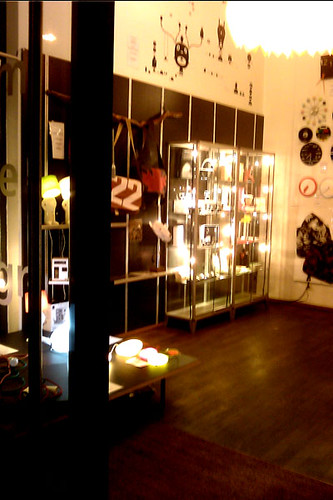 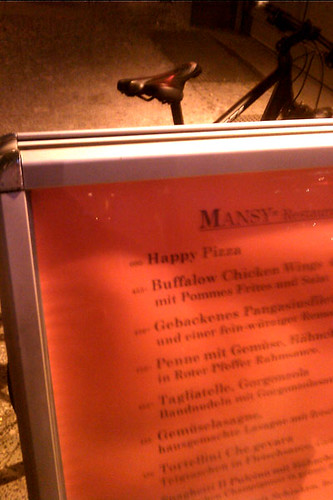 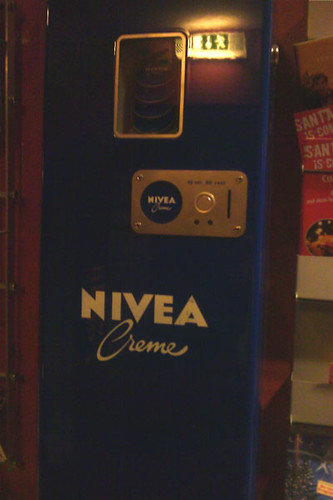 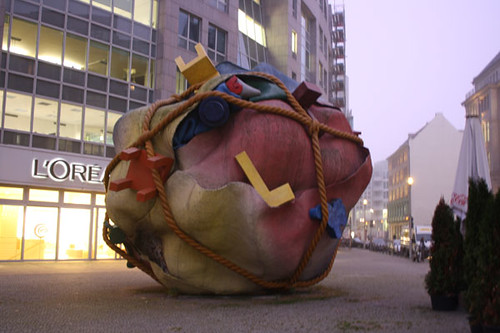 This is fucking weird. 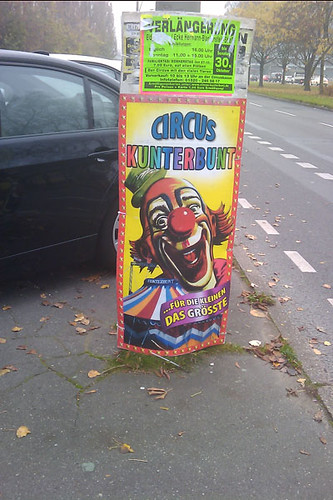 This is fucking terrifying and/or hilarious if, like me, you first read this as "Kunterbutt". 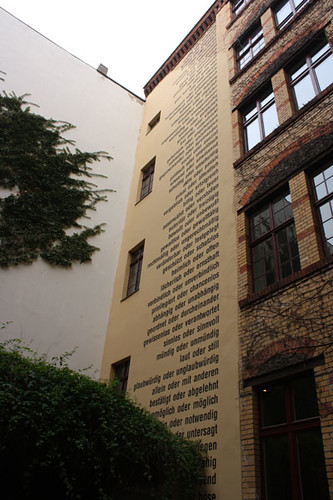 This kind of thing is (but one part of) why Berlin (and Mitte in particular) is great. You go into a courtyard expecting a café, but stumble on this as well. (A list of opposites, including "alone or with others" and "loud or quiet" and a bunch of others I can't translate on demand.)

No clever insight or punchline today. Next time I come here, I need at least a week. Berlin needs far more time than I have ever given it. Tschüß, Deutschland. Bei mir bist Du schön.