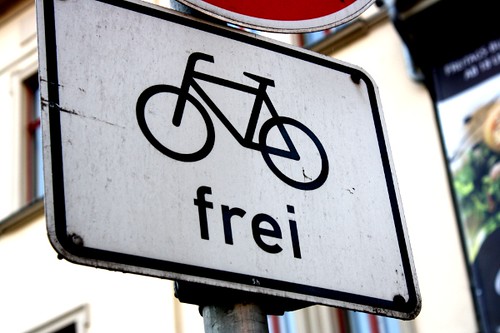 One of my favourite road signs, along with "Bicycles Excepted" on signs indicating no entry/no turning.

After pondering my bike rides in London and Berlin, I’ve nearly come to the conclusion that my next bike should be a big, heavy cruiser for running errands and commuting, rather than a speedy racing bike, because I love the attitude behind them: this is a bike for doing shit, not just getting from point A to point B. That’s just fantastic.

Also? Sitting upright is pretty nice. My back was almost singing with happiness after hours of biking in Berlin. It was also nice to bike in a skirt without worrying about exposing my bits to the elements. (I was wearing tights, but still – wearing ‘regular’ clothes to work would be pretty nice.)

Unfortunately, I am not made of money, and I’m generally running late for everything, so I would have to organize my life/sleep better to make use of such an object – they really aren’t built for speed. (I like being speedy, but maybe I should slow down my life/attitude a bit. Instant gratification is sometimes overrated.)

Also? This ain’t Europe and bikes are still not integrated fully into our traffic systems (and may never be); not having big, luxurious bike lanes is detrimental to my being all Euro-style. If only I could be an ex-pat and somehow keep my job here. 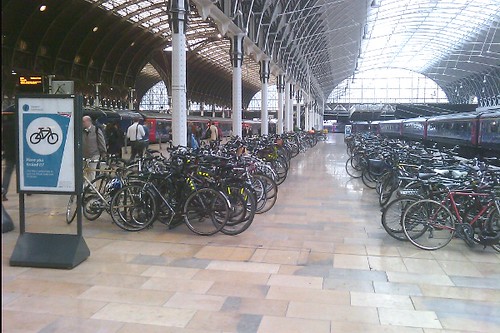 This is at Paddington Station. This made me squeal with delight (audibly - luckily the station is loud and no one noticed). As this was taken ca. 8am, I'm not sure if people leave their bikes here overnight and hop onto them as soon as they disembark from their trains (this sounds fucking ideal to me as I love trains too), or leave their bikes before hopping on the Tube or something. 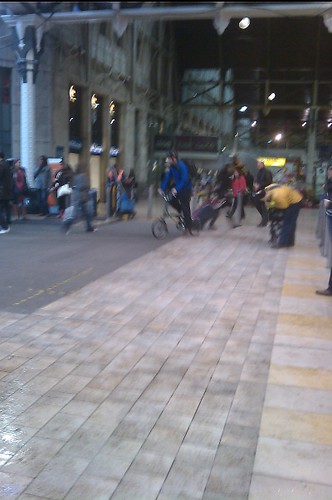 Should have asked one of these guys biking out of the station what the usual m.o. is. 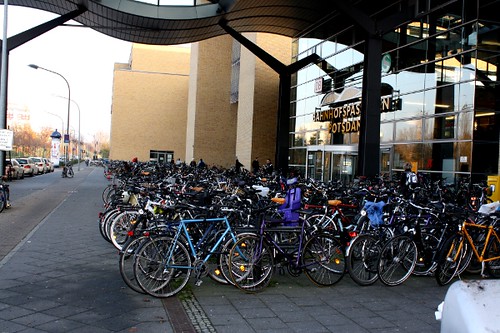 This is outside Potsdam Hauptbahnhof. In this case, despite bikes being allowed on the S-Bahn (and perhaps the U-Bahn?), these are people who have biked to the train station. I love this idea so much that I get swoony thinking about it. Canada needs more trains. And bikes. And bike lanes. 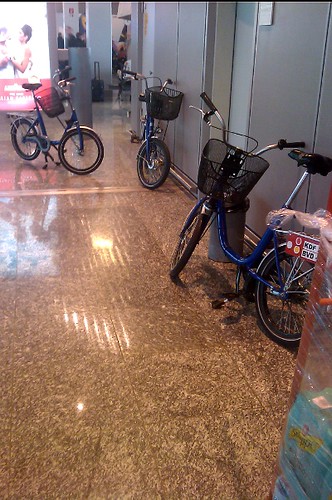 This is in Frankfurt AIRPORT, outside a staff lounge. The airport is so vast that there are employee bicycles! This might be the best thing I've ever seen in an airport ever. EVER x100.

I am going to go for a bike ride today, while the weather is still semi-cooperative. Biking season is starting to wind down here. I give up once the snow banks make the streets too narrow to navigate safely and the salt trucks are out en masse. I am sad just thinking about being bus dependent for three months. Is moving to Europe just because of their attitudes to cycling/cyclists rash?