I went to see Tacita Dean’s Film at the Tate Modern today. It was pretty amazing. Doing that kind of work on celluloid is just…unfathomable. It would probably be semi-easily done digitally – which is part of the mystique of it. It did remind me of of Norman McLaren a bit (though the perforations are artifically visible – the film exists within a frame, er, framed by them) dialed up to eleven, though silent and, y’know, not animated. She played with moving images within still images within artificial frames to fascinating effect. And since it’s on a continual loop, I do wonder if it’s projected digital/hypocritically.

Yeah, I’m not very good at talking about art. It suffices to say that I liked it a great deal.

Speaking of the film v. digital debate (as well as the highbrow v. the not), I took some silly photos. Here are some of them. 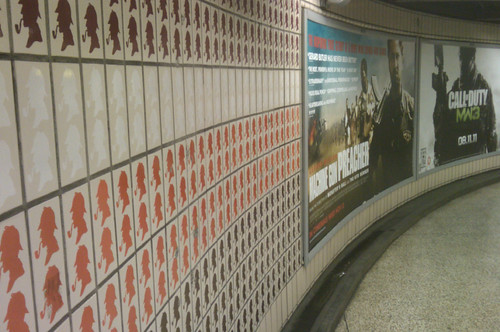 Please arrange for these tiles to be delivered and installed in my bathroom. 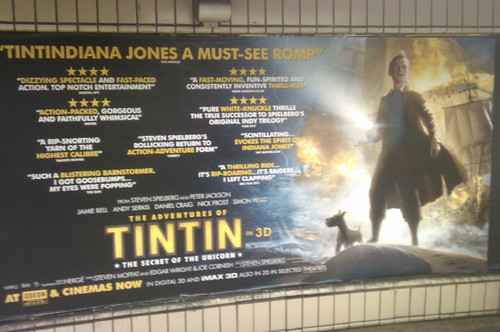 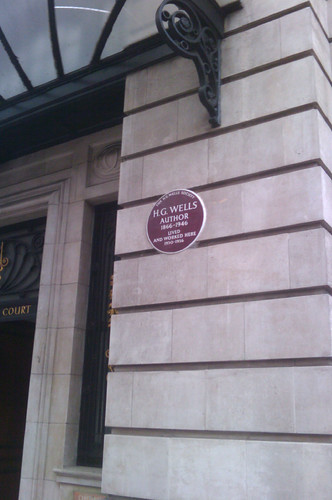 London is full of history, including the nerdy variety. (Seriously, I love these plaques, even though I usually only see ones for people I've never heard of.) 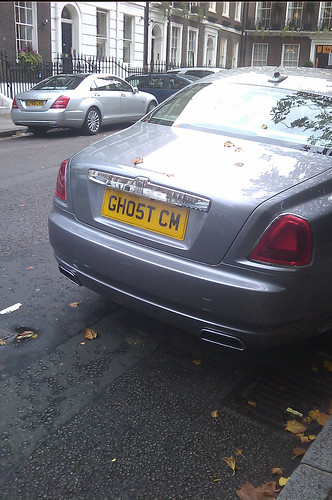 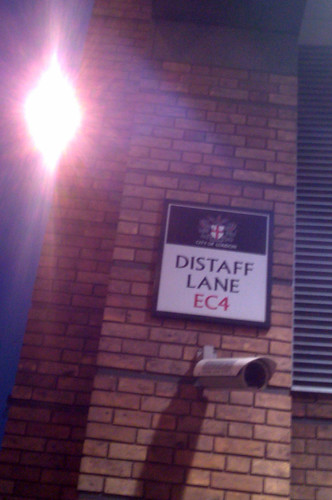 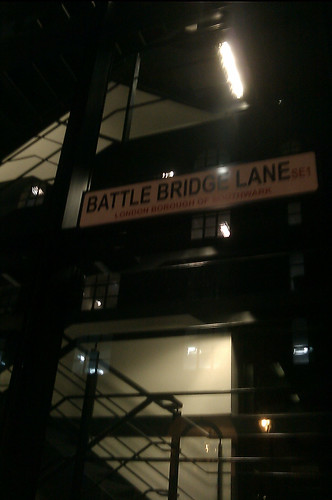 The HMS Belfast is at the end of this street, so the name is apt, but I love how the sign was on a modern building. Old and new, together at least! Er, again. 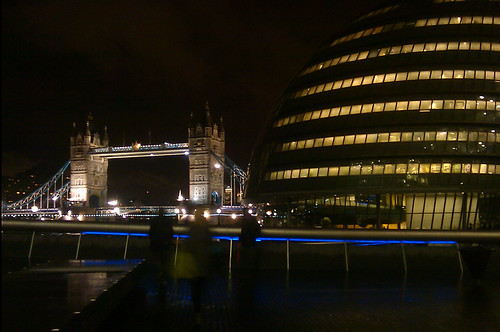 Etc., etc. (This turned out much better than it looked on my phone, thankfully.) 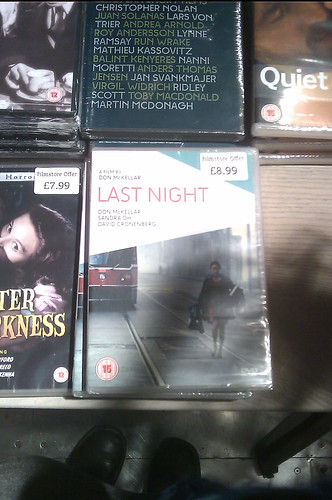 Cancon regulations extend to the BFI? (Answer? No. Interestingly(?), I first saw this movie in Edinburgh where I was the only one to get the Burton Cummings and Mel Lastman jokes.) 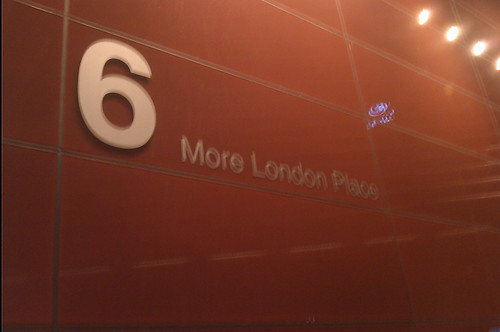 I wish this said "More London Please" instead. 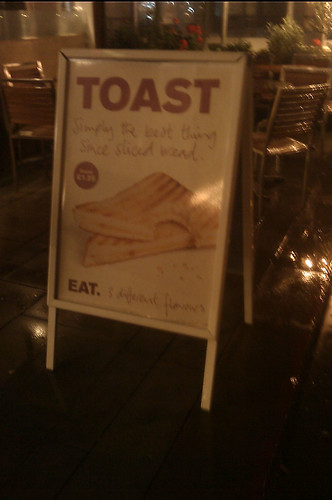 I took this photo for Richard, for whom this is a deeply held belief. 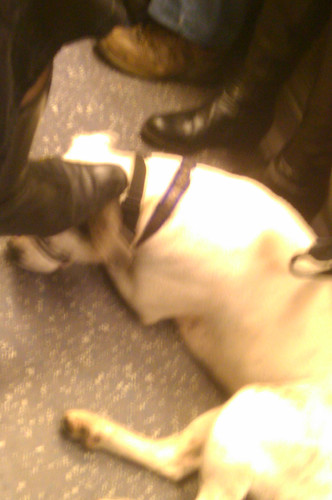 When your readers/viewers get bored, bring in the big guns: A dog on the Tube trying to get his sleep on.

—
Last night’s recording was very fun. I met fellow Ottawan, Sarah (who now lives in London), who led the Canadian fan hugs off before the show (as Mr Watson was trying to, y’know, get into the studio.)

If you want to listen to the mayhem, you can here. I started the applause after the charity mugger joke, so I made it on to Radio 4. FINALLY!

—
I had intended to go to a film tonight, but as I walked about 13 miles today, I sat down once I got to my hotel and more or less haven’t stood up since. Must try to wake up early tomorrow to do a bit of wandering/more photo-taking of billboards, which are generally awesome. My flight to Poznan (via Munich) is tomorrow at 11am. Wish me luck that my luggage makes it through (and me too, obviously).

One thought on “Highbrow.”