Despite being lied to by a station platform sign, and not hearing a corrective announcement because I was listening to music in my headphones, and ending up on a train to Motherwell instead of Glasgow, despite getting ridiculous lostly and turning a 10 minute walk to the airport shuttle into a 30 minute ordeal in the pouring rain, I managed to make it to my plane.

My plane made it into the air.

As yet, the volcano has not exploded. Fingers crossed.

But I am knackered and sick. I am drinking some local apple/orange/carrot/lemon juice concoction and wishing I had stopped at duty-free for whisky.

Reykjavík is a frickin’ nice town. I do feel guilty because it is SO full of tourists, and English signage, now that the locals must be annoyed, economy bedamned. Here are a couple of photos. I am also posting stuff on Instagram. 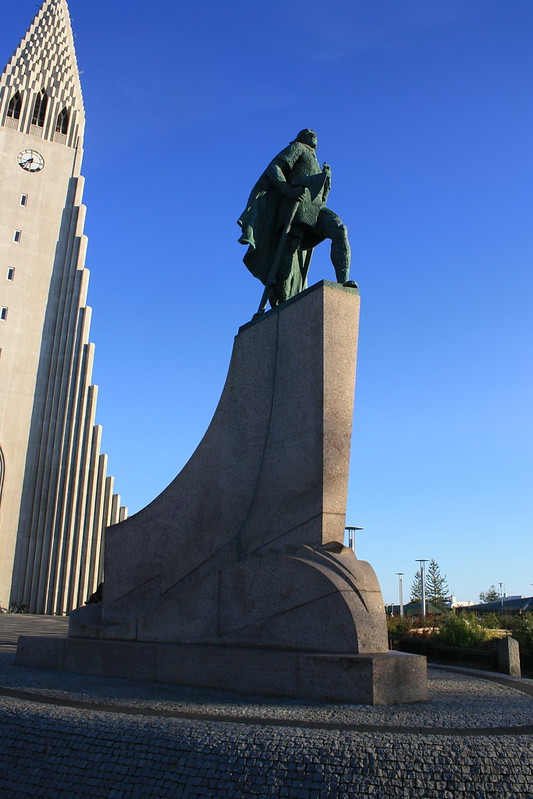 Leif Erikson, the dude responsible for people settling this fine land, and Hallgrimskirkja, which was covered in scaffolding the last time I was here. 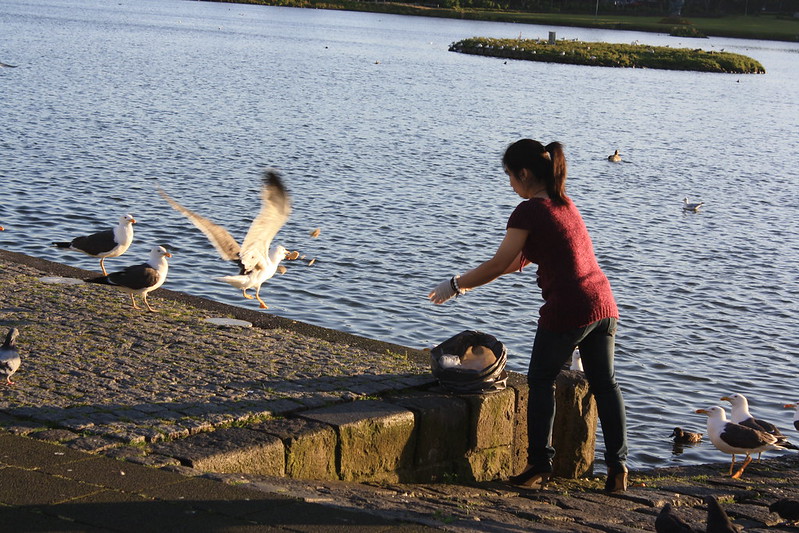 Sure, this woman feeding birds by Tjörnin, a giant pond/small lake, is not a huge human, but those are some MASSIVE bastard seagulls.

Anyway, walking around, having a fine supper, and marvelling anew at how blue the water is here, what made my day was totally unrelated.

After the plane landed at Keflavík, the passengers were put on two buses to take us to the terminal. I was standing near a very elderly couple from Scotland.

The lady was very chatty, and her husband, who could have braided his very impressive nosehair, didn’t really seem to be paying attention, and kept clicking his dentures in a distracted way that made me think not all marbles were present.

She touched his hair and said ‘Oh no, your hair looks worse than mine!’ (She was wearing a hat, so I can’t confirm.)

‘Your hair looks worse than mine.’

It was a beautiful moment. They’ve probably been married for 50 years and can still gripe at each other and laugh with each other. I’ve been imagining that they are on some kind of second or fifteenth honeymoon. I want to take lessons from them.

Instead, I’m in my miniature hotel room watching ‘The Mindy Project’ on E4. But it’s almost 11 and the sun is finally down (though there’s a glow on the horizon still) and I’m going on a walking tour in the morning. I am pretty excited about sleeping.