I rushed home from pub quiz (we won, hooray! it’s been eons!) even though GoT had already been on for twenty minutes. When I go speedily on my bike without a soundtrack (yep, I am one of those bastards with an earphone in – listening to a podcast or audiobook so I can also hear traffic), I am generally going through the whole of ‘Roll With It’ in my head because What’s The Story Morning Glory? was almost permanently in my Panasonic Shockwave (SO SPENDY, but that thing was a fucking rock) while I was running late during my last year of high school and that song made me bike twice as fast (probably). 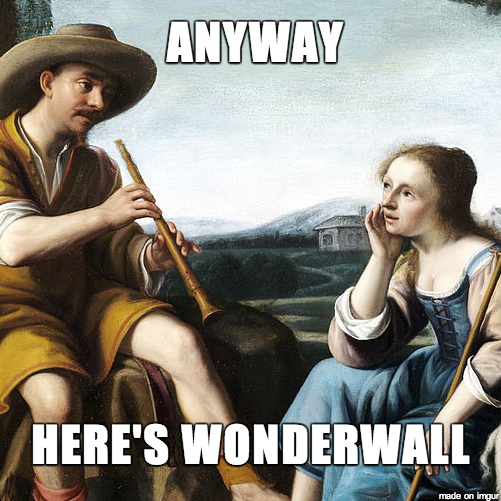