Using a real keyboard to type at a lovely B&B in Charlottetown that Ali found on the intertubes. It was the house of long-ago PEI premier Arthur Peters, who was also a grandson of Samuel Cunard, about whom we learned at the Maritime Museum of the Atlantic in Halifax earlier today, before going to see a recreation of the Hector (a ship that brought the first big group of Scottish settlers to Nova Scotia on one of the most dismal-sounding voyages imaginable) in Pictou, then getting on a ferry to come to PEI.

We are all staring at screens right now. We need a break from our vacation. 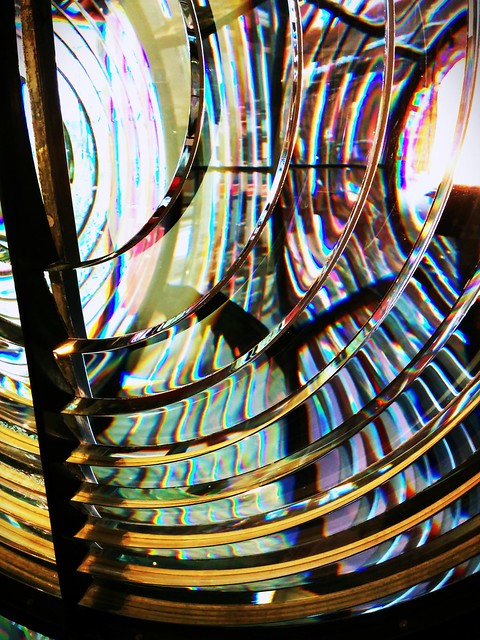 Here is the inside of the soul of a lighthouse. 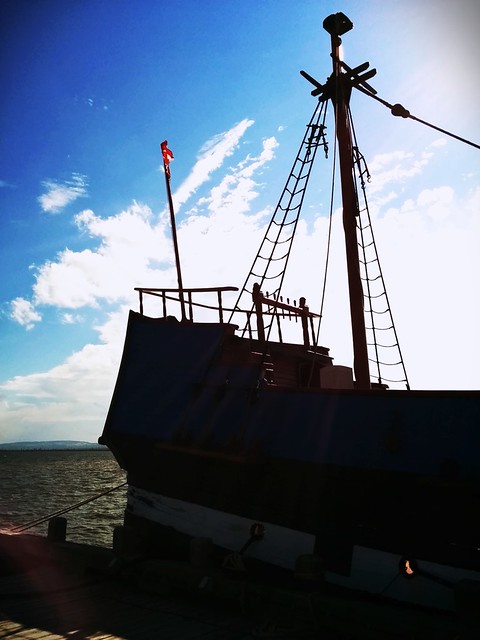 This a replica of the Hector. It may have brought an ancestor, or at least cousins of ancestors, to Canada. Along with absolute abject misery. 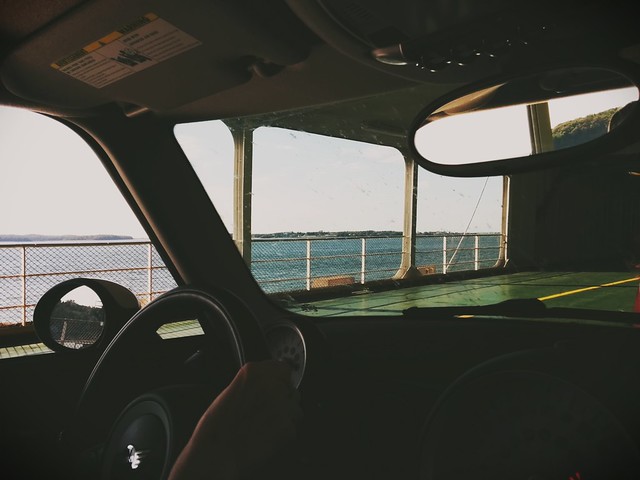 The car! On a boat! We weren’t charged for the ferry. I haven’t a clue why. Someone along the way mentioned that folks are only charged on their way off the island?

I don’t usual explain titles of blog posts, but I will make an exception today: its more or less how my aunt said the word ‘potatoes’ the other night, just like Grandpa did, which amused the hell out of me. But my aunt was slightly horrified that she hadn’t entirely lost her Ottawa Valley accent after, oh, 55 years away. Heh.

I did get a bit teary leaving because she is the Elderrelative in my family and I hardly ever get to see her. Also, her dog, Max, was heartbroken. Poor beast.