Seems a shame to rush an entry about my last full day of vacation, but I have spent a lot of time in my hotel room today (mostly sleeping), so I feel like I should go watch the fireworks that start in about 50 minutes, since I’m not going to be able to sleep while they’re going on anyway.

It’s Culture Day in Reykjavík. I celebrated by sitting in a lot of cafés, taking photos, and getting intimidated by locals and tourists en masse alike. Here is a picture of one of the concerts, near Tjörnin: 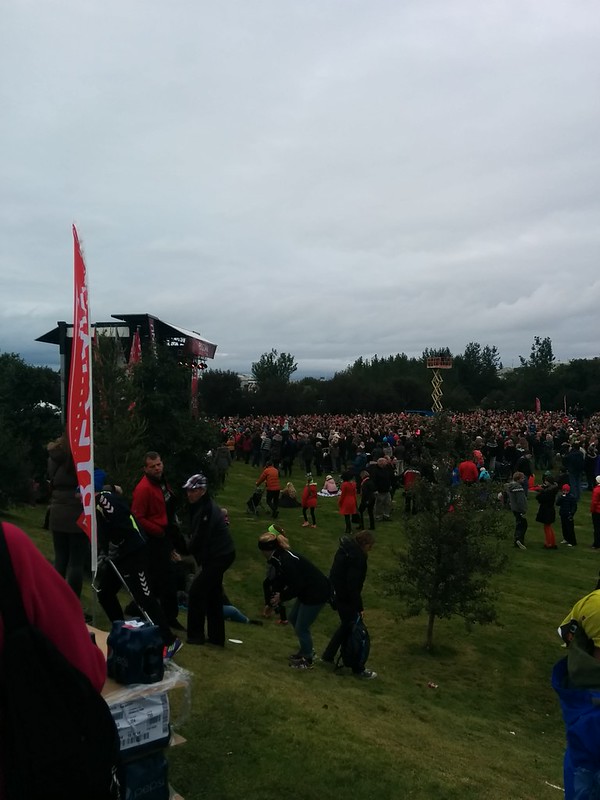 And here is one not far from the old harbour: 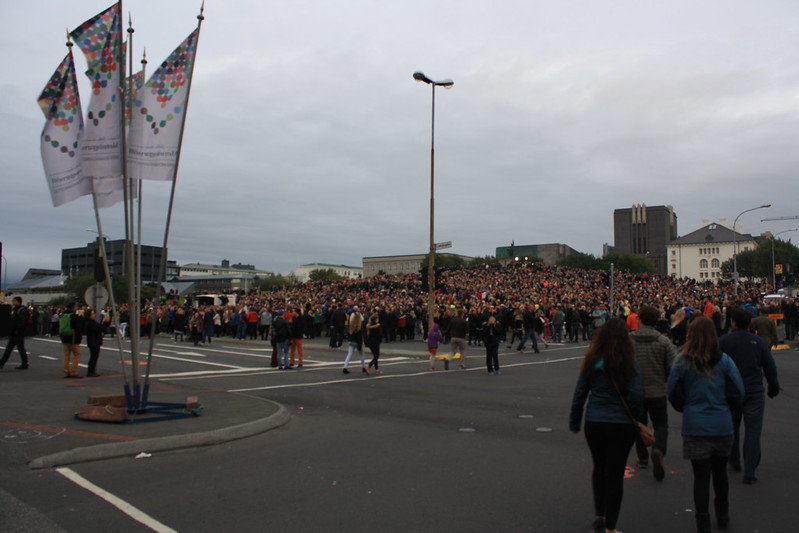 That is a lot of fucking people considering the population of this island is only 326000.

Speaking of a lot of people for a very small island, I managed to do my 10K this morning with only some difficulty. It was my first foreign race, so the experience was a bit different in some ways:

—
Things I learned at the Phallological Museum, AKA The Penis Museum.

Right, fireworks. Of the planned, rather than volcanic, kind.