I started knitting an adult-sized sweater yesterday with some of the wool I bought in Iceland. Holy crap, grown-ups are too big and their sweaters are gigantic. I’ve knit thousands of stitches so far and I have finished the bottom cuff and about an inch of the main body.

Maybe I will just bind it off and give it to an baby elephant to wear as a headband.

Or just do nothing but knit until this bastard is finished. And I’ve caught up on about 47 movies and three seasons of various tv dramas I have missed or want to rewatch.

Actually, that sounds ideal. The hermit cravings have been mighty strong of late, so hardcore knitting time is probably going to be a priority for a little while or until Christmas/my finances recover some. I do wish I could read and knit at the same time, but I’m not skilled enough at either to not miss important details in either activity.

Speaking of Icelandic things, the street art there is really fun. Tagging is a problem, except on buildings and infrastructure that have already been be-arted, so a lot of people commission murals on their houses, and the city and private businesses hire muralists to decorate things like this parking garage: 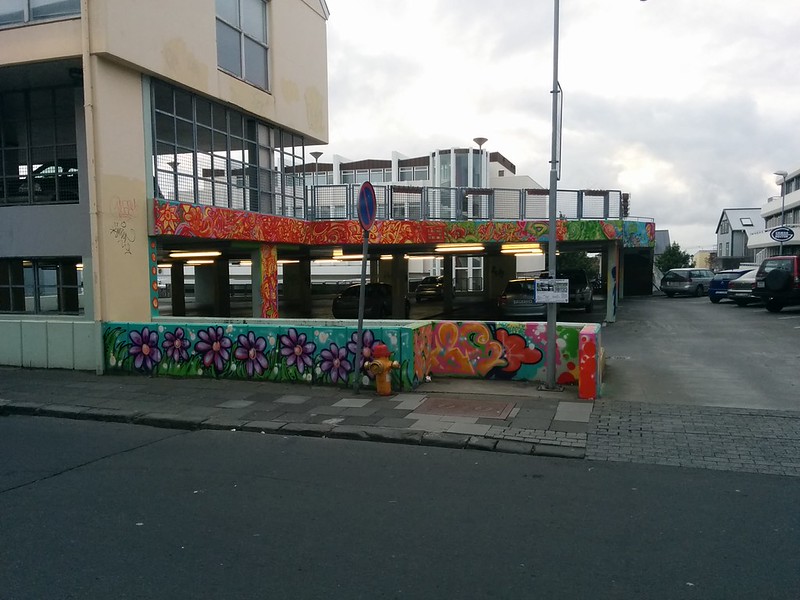 So here, sadly not colour corrected, cropped, or tarted up as I planned, but have been putting off for more than a week, are some cool bits of street art, ‘official’, and not, from my wanderings about 101 Reykjavík. 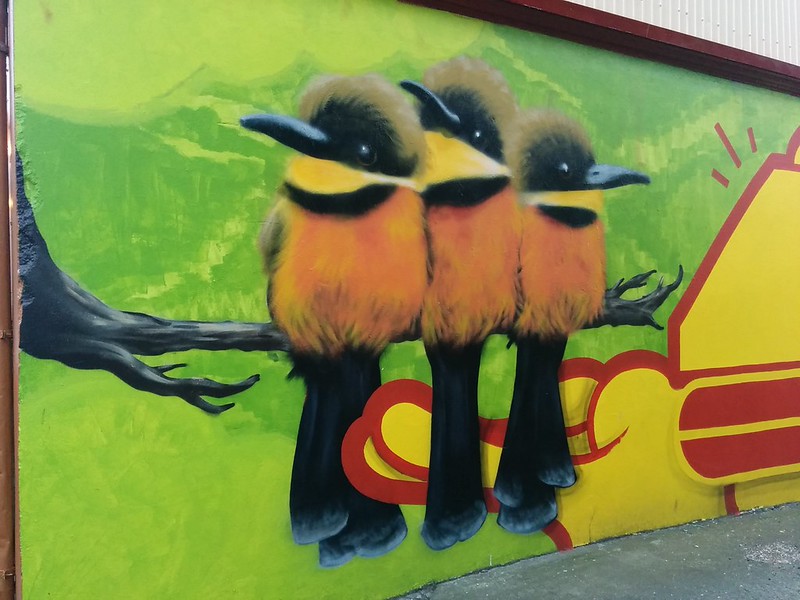 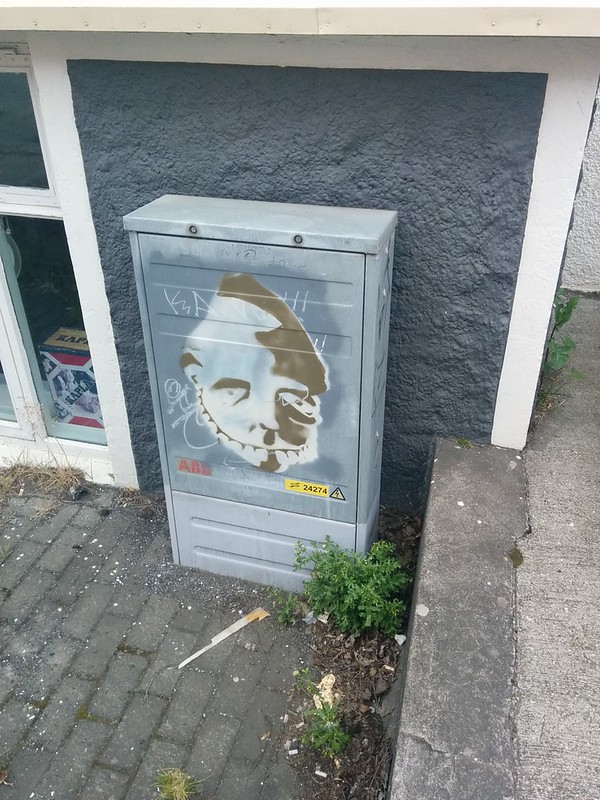 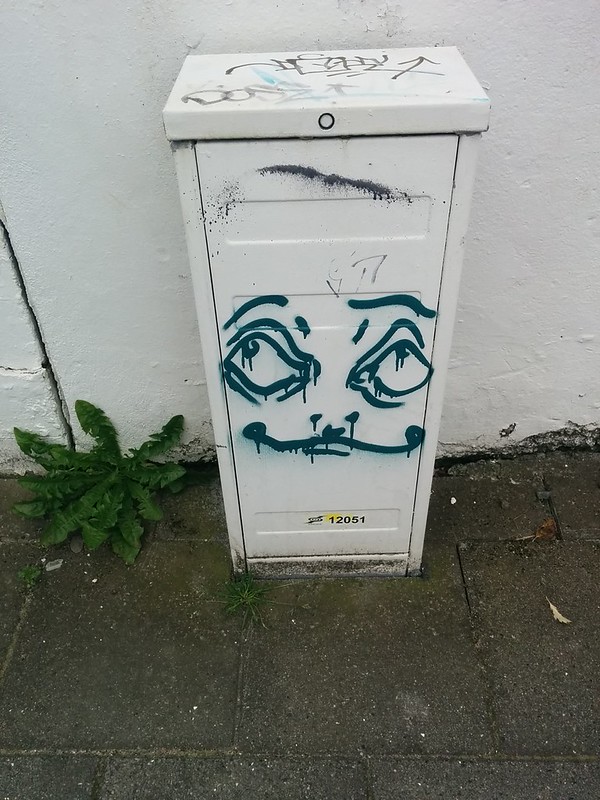 There are also a lot of cats. They don’t have time for strangers or socialising, preferring to attend to their official cat business. 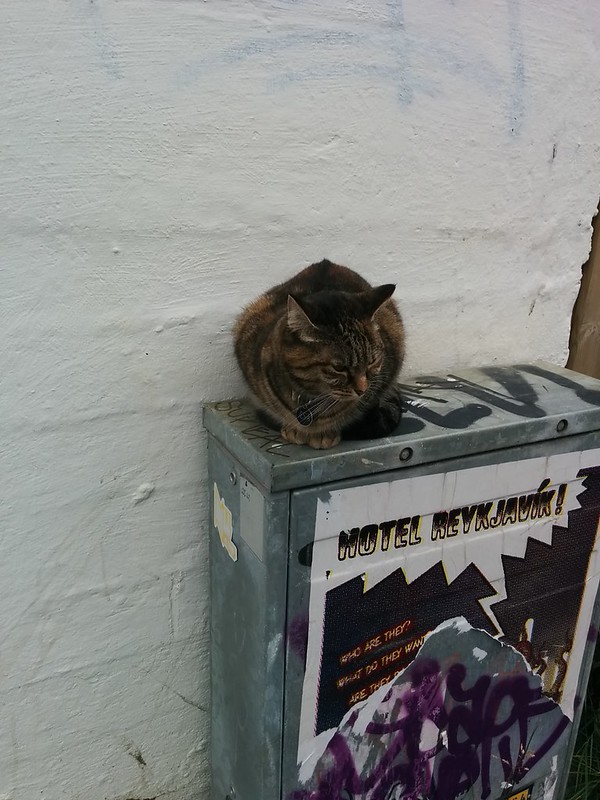 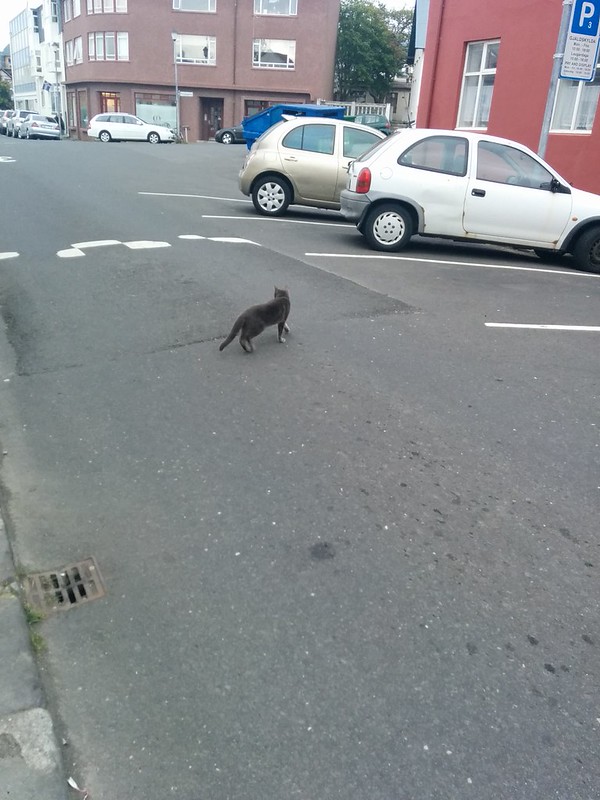 I don’t read Icelandic and Google translate is not helping much (didn’t even know the second word), but this is striking even without comprehension: 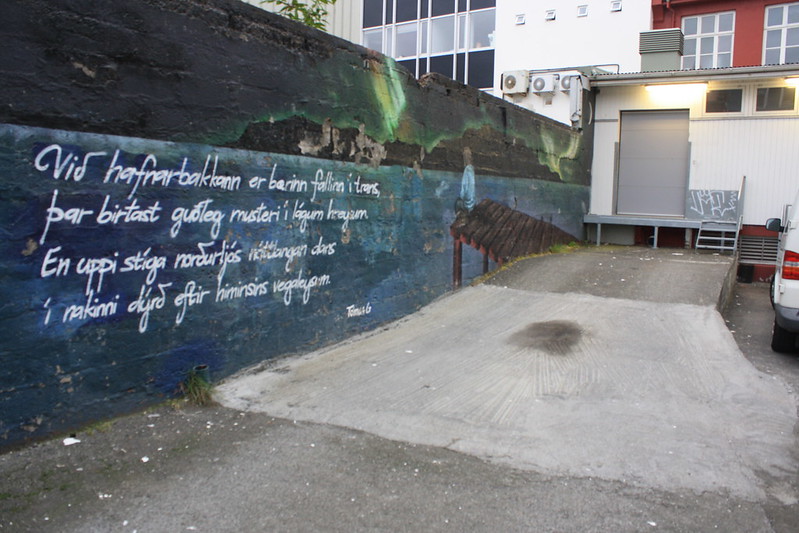 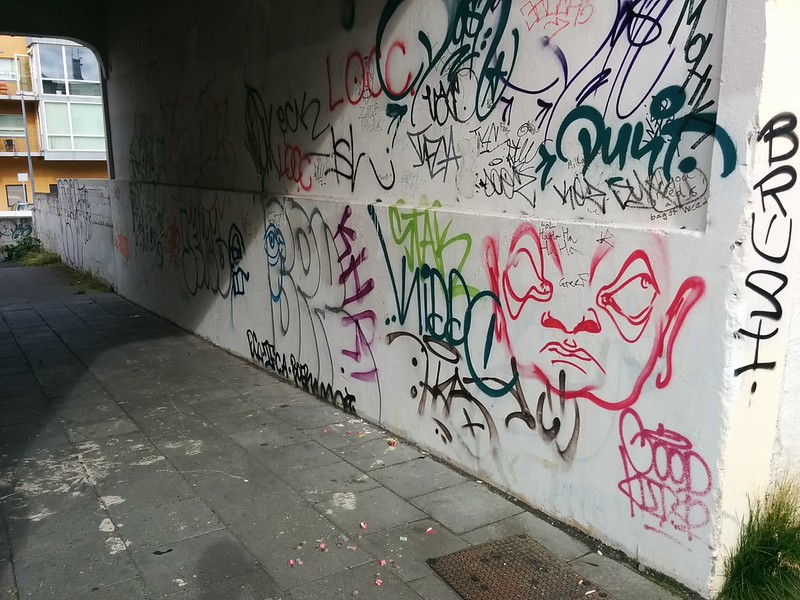 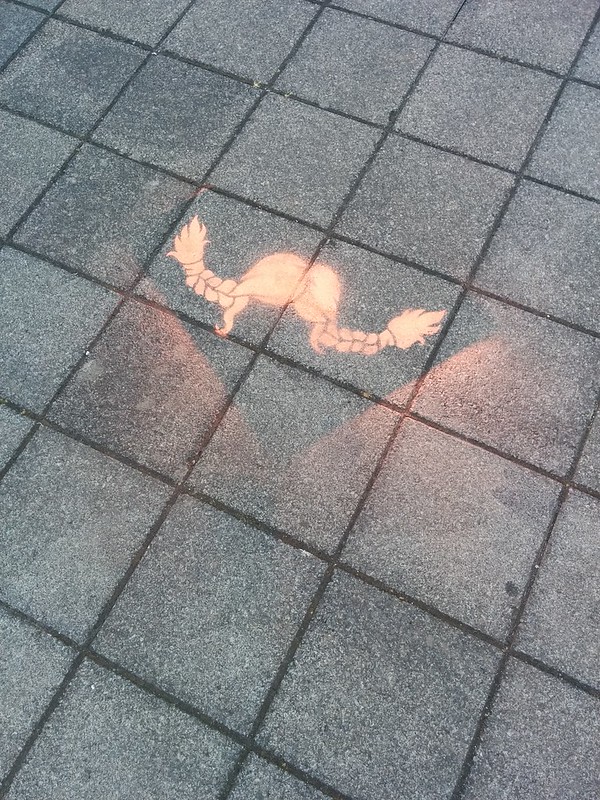 This decal appeared in a lot of places, but not usually in such beautiful bits of nature. 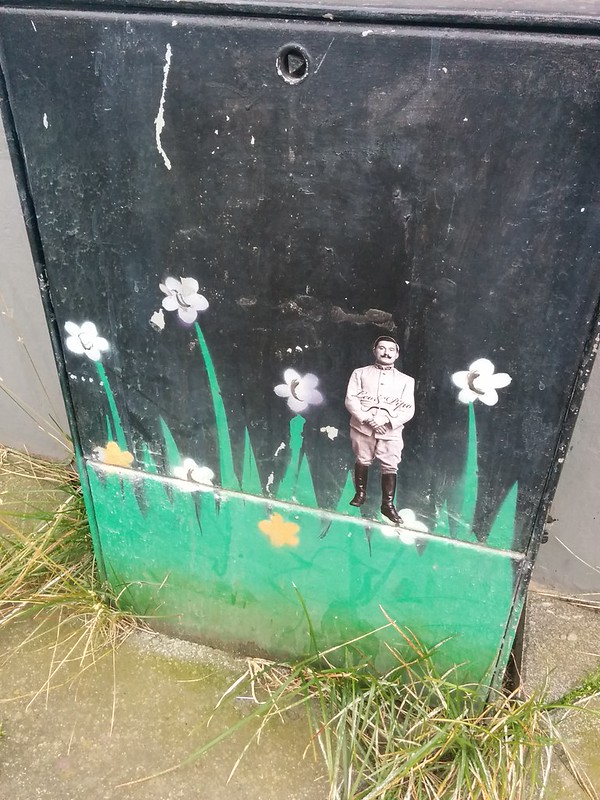 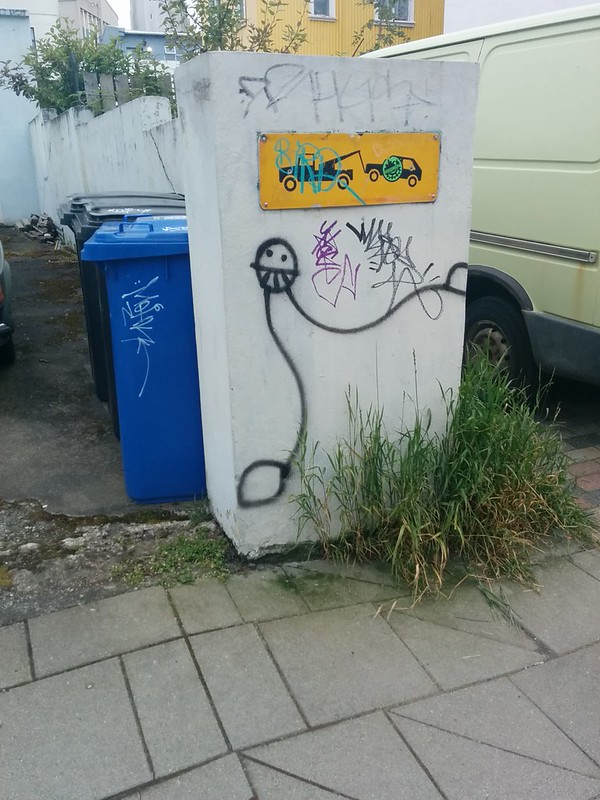 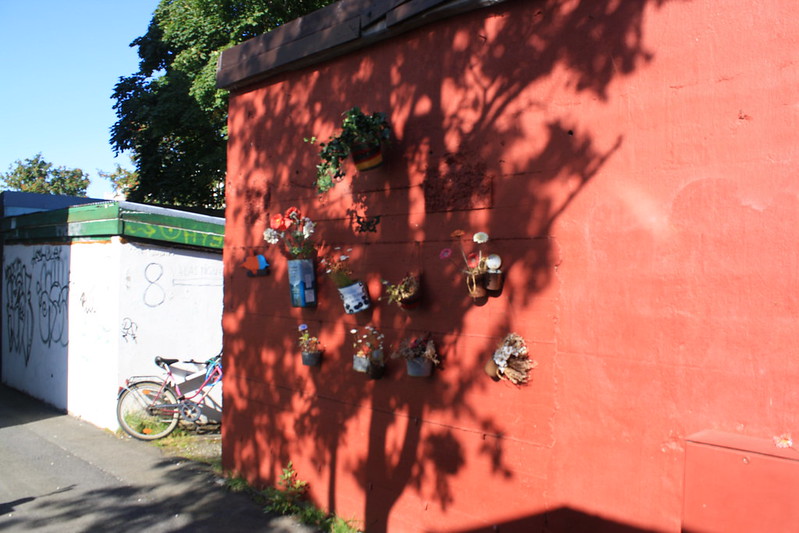 There are also dogs in Reykjavík and quite a few of them just hang out in fenceless yards, not leaving for nobody or nothin’ because they are that well behaved. 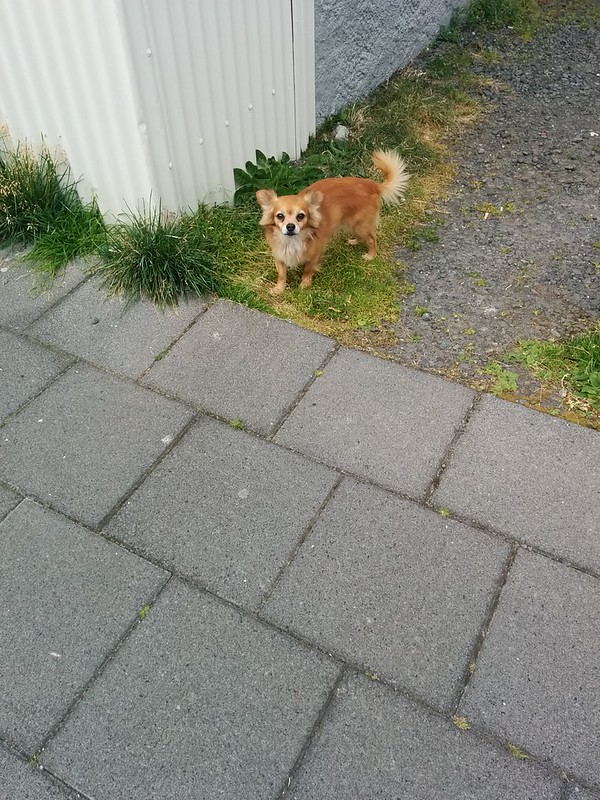 This one is called “The Animal Kingdom”, which our guide pointed out, explaining that elsewhere, there is a “Plant Kingdom” and “Mushroom Kingdom”, which I hope is Nintendo-y, by the same artist. Unfortunately, it was impossible to get properly in one shot because the alley was too narrow. 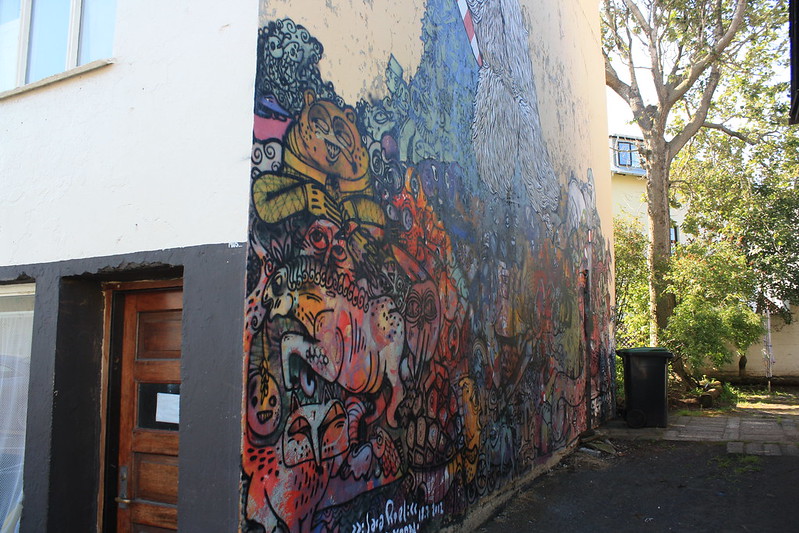 Not so the case with this one, thankfully. 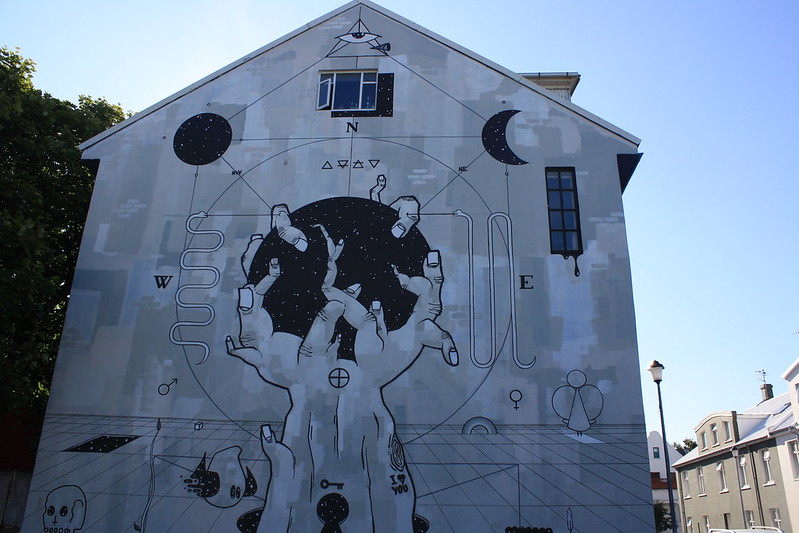 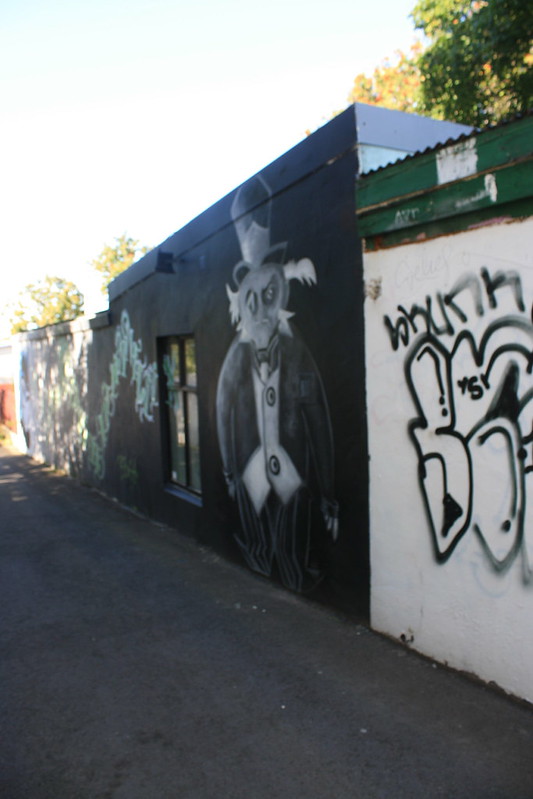 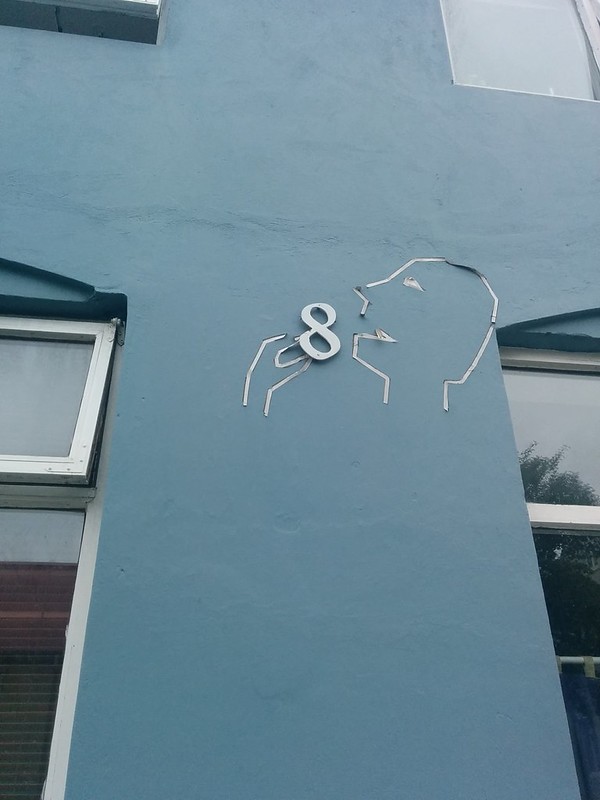 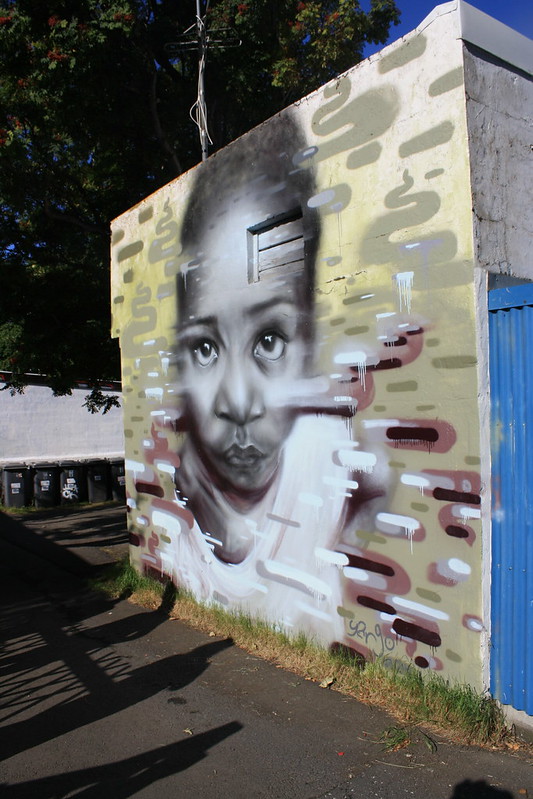 I still have a few more Reykjavík photos to post. Maybe I’ll get around to it in another week. Or when that sweater’s done.

One thought on “Quality time with Photoshop.”