Oh, hey, I’m in Paris now. Two hours in and I’m sitting in the shadow of the Eiffel Tower having just finished a religieuse. Mentioned to the woman at the bakery that I hadn’t had one in about 19 years. She smiled at me in a ‘don’t engage with the lunatic’ kind of way. As Orson Welles would say, “Aaaah, the French…”

Of course, yes, I probably do look like a lunatic. I just got in from Berlin on an overnight train and haven’t showered yet (hotel room’s not ready). On top of that, I have Scabface – I have blown my nose so much that the skin around it is raw and coming off in chunks. I also have a confusing accent and far-from-perfect-grammar. I wouldn’t have engaged me in conversation either.

By the way, the first notable thing I did in Paris wasn’t getting lost, but getting stuck in a turnstile in the Métro. Getting lost was the second thing.

I didn’t write about Berlin yet because I was exhausted, sick, and overwhelmed for much of it. I did rent a bike, which is BY FAR the best way to get around. Especially as cyclists fucking rule the roads, sidewalks, and every other horizontal surface in the city. It was great. Of course, on Monday, I walked and lived in fear of the cyclists instead. Fuck, they’re bastards, but it was fun to be one of them for a while.

Spent much of Sundays in museums and Monday meandering around Mitte. Here are some photos: 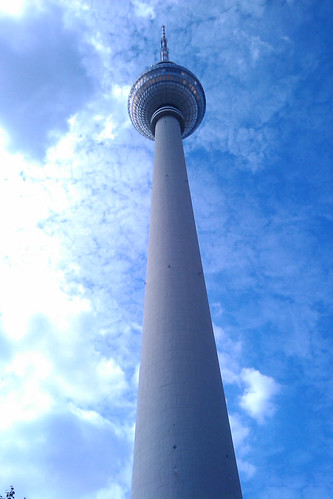 Fernsehturm at Alexanderplatz. One of the ugly-yet-admirable icons. 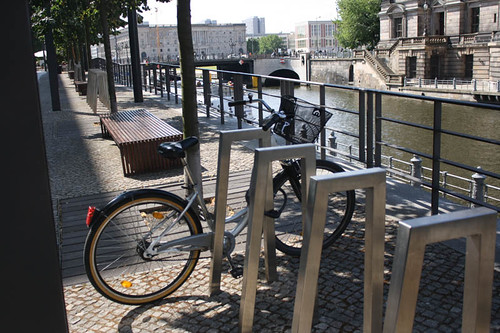 This is my sweet ride and the sweet bike rack I locked her to outside the DDR Museum. 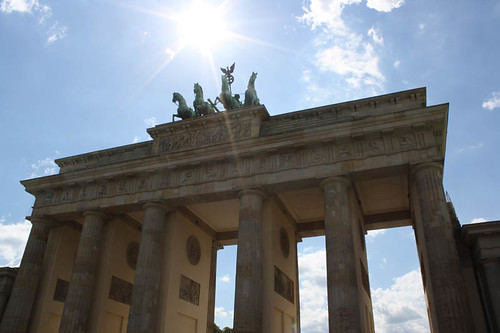 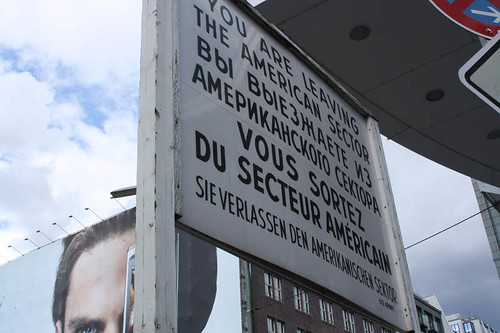 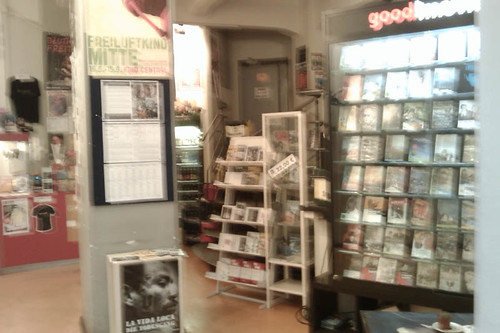 Tried to take a sneaky pic inside the lobby of this tiny cinema (Kino Central). Not so successful. 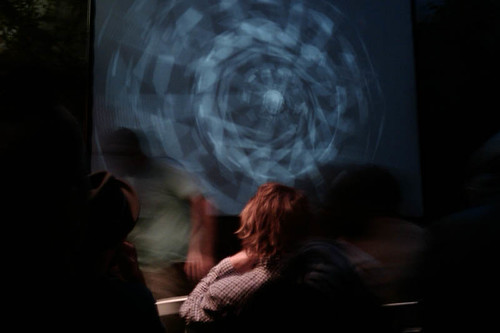 Did watch a movie in the adjacent courtyard. Das Leben die Anderen. (I had seen it once before, but still!)

Only a bit of The Wall remains (about 1.3km worth). This bit’s known as the East Side Gallery. The artwork was updated last year. 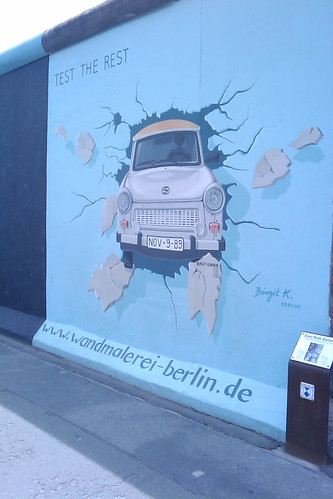 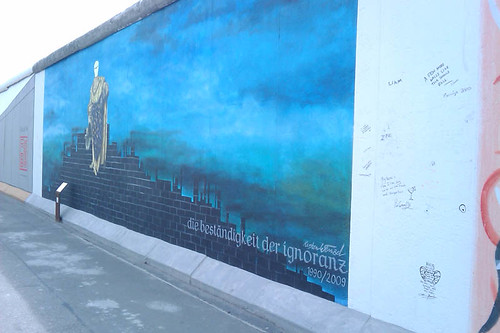 "The Understanding of Ignorance" 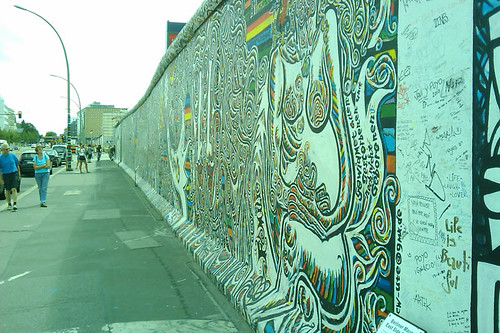 I apologise for the lousy quality of some of these. I was so smugly pleased to have remembered to charge my camera battery that I forgot to put it back in my camera before leaving the hotel. Brilliant.

It’s hard to write or think about Berlin without resorting to being trite or thinking in clichés about ‘massive change’ and ‘coming to terms with its past’. It’s an amazing place. You should go.

A note for anyone visiting: If you ask “Sprechen Sie Englisch?” of hotel, restaurant, or shop staff and they reply ‘a little’, chances are that they speak it better than you do. Just sayin’.

One thought on “The “Actually, Do Mention the War” Tour Continues. (Not about gardening.)”