Hey, what the *arse* happened?

Last summer, with hope in my heart and armed with a black thumb, I tried to grow stuff in my garden. For the three people wondering what happened next? Disaster.

Last July was not just the rainiest July ever, but it was actually the rainiest month Ottawa had ever seen. EVER. My backyard, which isn’t terribly sunny at the best of times, was a big puddle. From the 12 bean plants I had, I got six beans. None of them were very good either. My tomatoes, which, if you read back you will see I put outside in MAY, did not mature until October. One got one green tomato on it. The frost destroyed it.

Important lessons learned:
1. Drainage is your friend. First thing I did when gardening weather rolled ’round (in early April), I put crushed brick in the bottom of all my garden boxes and added Perlite to all my soil. 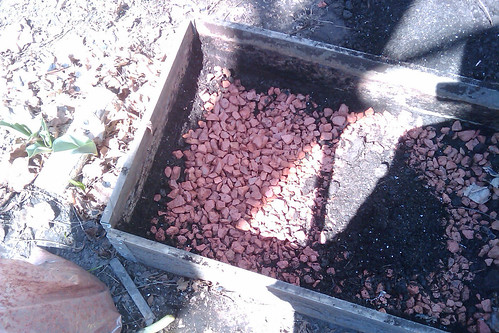 2. Water is good, but not all you need: I bought some acrylic panels to put over my boxes to make de factor greenhouses for some of my seedlings to keep them warmer and keep them from drowning. 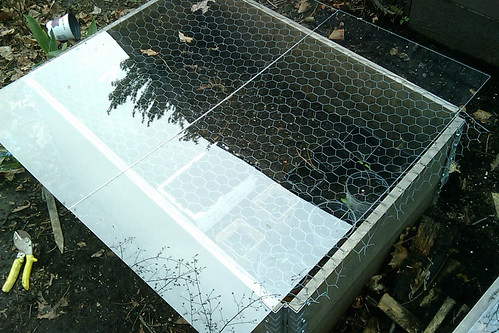 Acrylic panels. They were already cut this way, so there are gaps I filled in with bits of wood when it got really torrential

3. Squirrels suck: I planted dozens and dozens of daffodil, crocus, and tulip bulbs last fall and have been finding them dug up and scattered. A lot survived, though, only to be ravaged later. 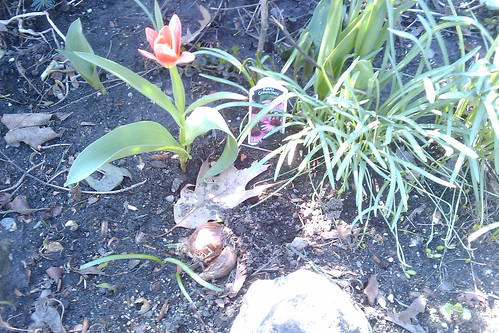 4. Warfare requires good defense: There’s so much wire fence out back that it’s starting to look like Troubles-era Belfast. 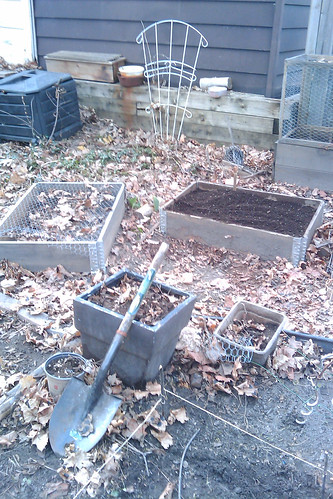 Nice broken shovel to smack down squirrels with. (Kidding! Kidding!)

Ah well, onward and upward. Here are some more photos: 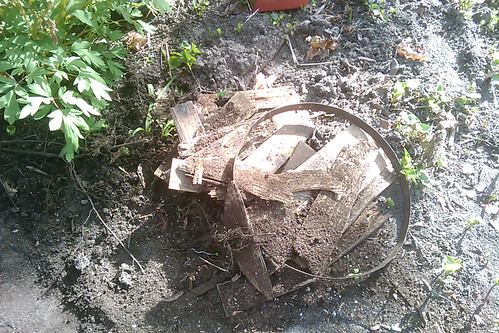 This barrel has been slowly mouldering for years. I put it out of its misery. I should use the wood for something. 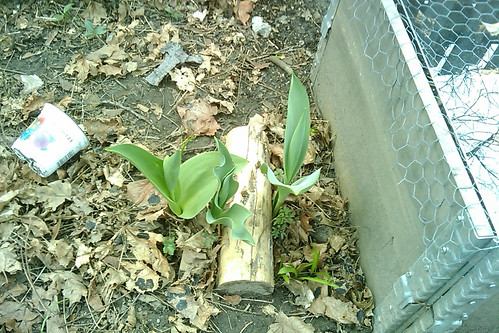 The squirrels nipped the heads off of the first two to bloom a couple of weeks later. 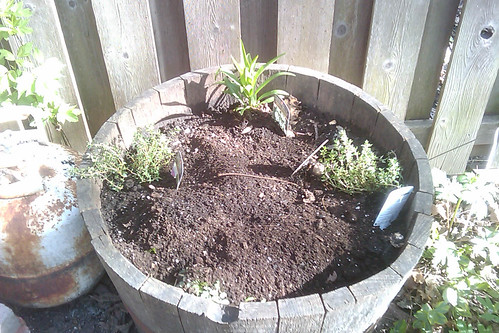 I'm not proud, but I'm too lazy to check what the other thing is, but on either side is English lavender. The lavender I bought last year was in a pot that didn't have enough drainage, so it didn't. And no, lavender is definitely not an annual. (That was French lavender anyway.) 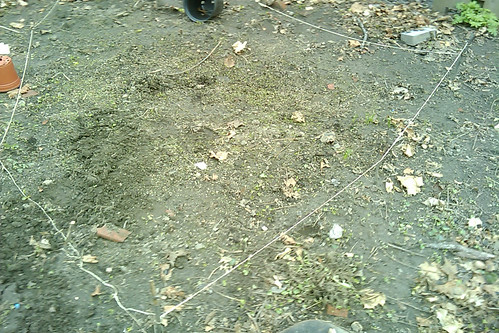 Stringed off a bit of the back yard and seeded it with clover, grass, and wildflowers. Fingers crossed something fun grows. 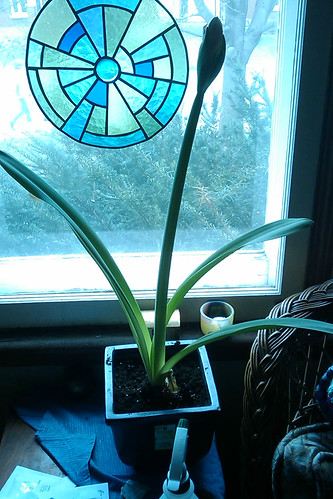 Yep, succumbed to the charms of a discounted amaryllis kit. This thing just finished blooming and now looks pathetic.

PS The first few images are from THE FIRST WEEK OF APRIL and most of the rest are from a couple of weeks later).