Today’s road trip was not successful in the way I suspected, but awfully delightful all the same. It turns out that Crooked Forest (Krzywy Las) is not in the village of Krzywy Las, but up near Szczecin, which is about 200km away. Google Maps didn’t know this and, duh, we didn’t verify our sources, so we ended up travelling on the one highway in Poland (which isn’t quite complete – it’s a “HOLY SHIT WE’RE HOSTING EURO 2012!” project), a toll road, to a village with very little in it. Well, some nice trees and fog, but not else.

200km in Canadian terms is not huge, obviously, but yes, ONE HIGHWAY that goes nowhere near Szczecin, it’s a problem. Polish roads are sometimes okay, but frequently terrifying. Here, what, under normal circumstances (well, to my North American eyes) is a two lane road with, y’know, two lanes, has five lanes. Let me illustrate (poorly):

Well, this is sorta the reality, though at least the secret middle bit is only for dashed lines. Mostly.

This is what can be encountered quite a lot.

We did find a forest to cavort in a bit, though not nearly as cool as THE Crooked Forest, globliviously. 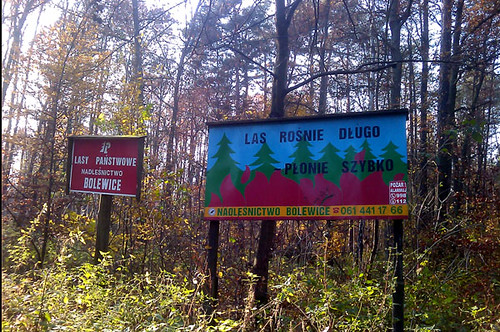 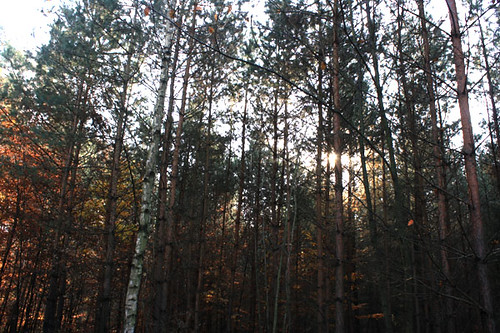 We then came back to town, visited the flea market to buy, as Piotr called them, “sausage of pornographic proportions” (they were pretty great), and to people watch a bit (even though they were shutting up shop for the day), then went to a mall (yay?) for coffee and an Empik stop. 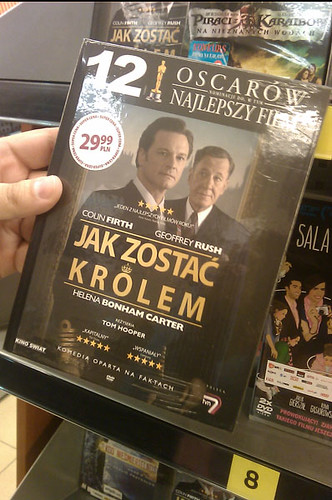 The title literally means "How to Be King". Y'all overcome a stammer and you'll rule an Empire too! 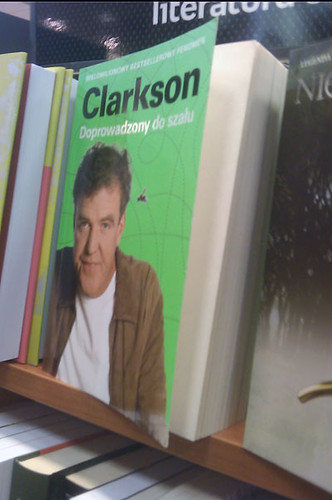 Speaking of monarchists, I noticed this last time I was in Polska. Jeremy Clarkson is a big deal here. 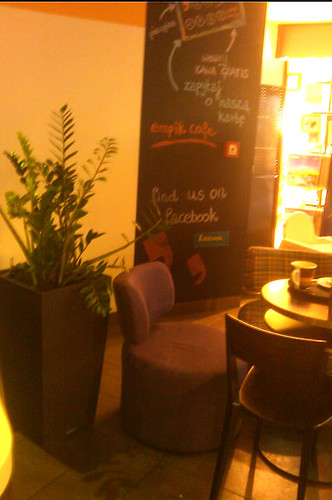 I see this a lot. Perhaps there is not a Polish translation for the phrase.

Despite it being almost 3, we rashly decided to go to the Archaelogy Museum in Biskupin, which, despite being 76km away, is a 90+ minute drive  (see above re. highways (and lack thereof )and mad drivers, plus add Poland’s love affair with photo radar), meaning we got there just before 5 (the sun was already down) and found the place deserted. Ah well. We still got some photos.

The dude who isn't Piotr is a Western Slavic god called Świętowit. He has four faces. 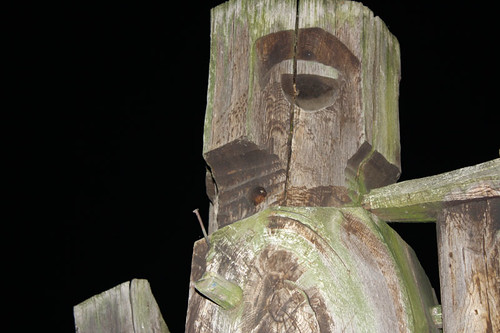 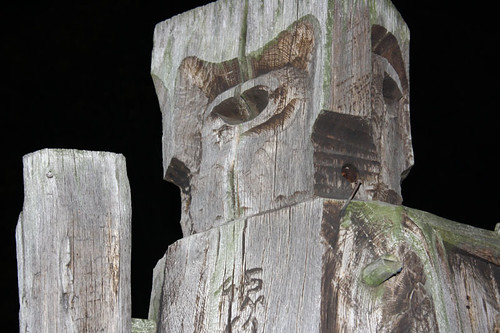 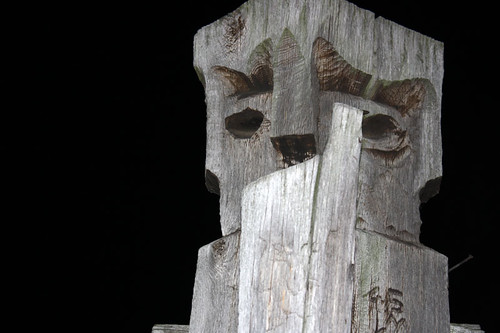 And a third. Not clear here, but he's playing a horn that is one of his other incarnation's club. 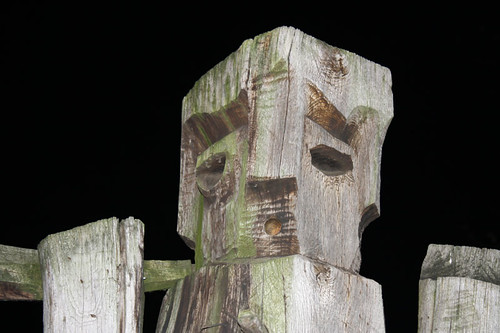 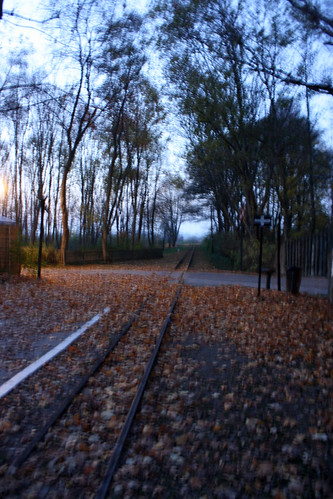 Adding to the 'authentic' Iron Age fort's atmosphere (along with the kebab stand) was this narrow-gauge railway track belonging to a different museum nearby. (Experiments in 30" exposures, yo.) 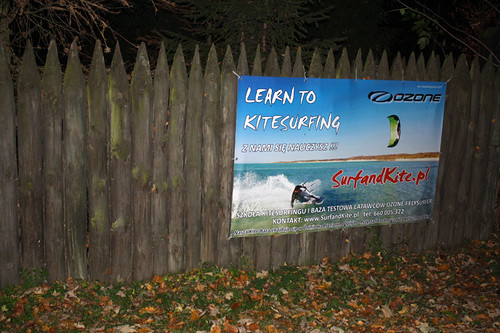 I'm sure those Iron Age folk were really into this.

We then played around with flashlights and long exposures (Piotr had more success, but those photos are on his camera) and headed for nearby Żnin (which is way fun to say – ‘Dj’neen’, more or less) to go eat pizza in a tower. As you do. 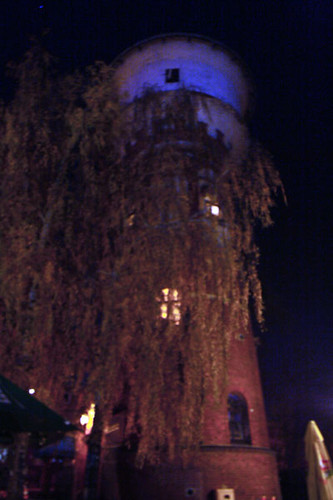 This was a five-story water tower. It now serves pizza, another life essential. 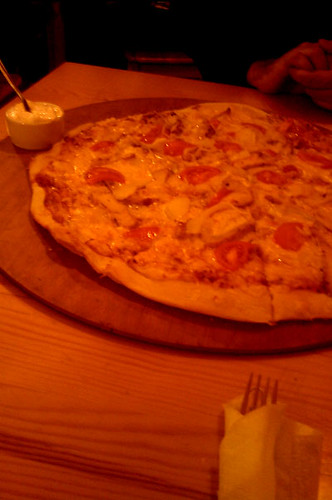 It was pretty good. A little girl and her dad, who were both sitting nearby, stared at us throughout the meal. 'Cause we were talkin' foreign. This place is kind of not on the tourist trail.

Finally, we drove back, hit Carrefour for breakfast foods and beer (all you need in life, as far as I’m concerned), and then lazed about the flat. Chelsea has an exam tomorrow that has, like, a 5% first time pass rate, so wish her well, okay? She’s been studying for weeks for this thing.

Okay, there’s no punchline today. It’s already after midnight local time and this blog is late, yo!